Privacy in Buildings – Is China Technology Showing Us the Future? 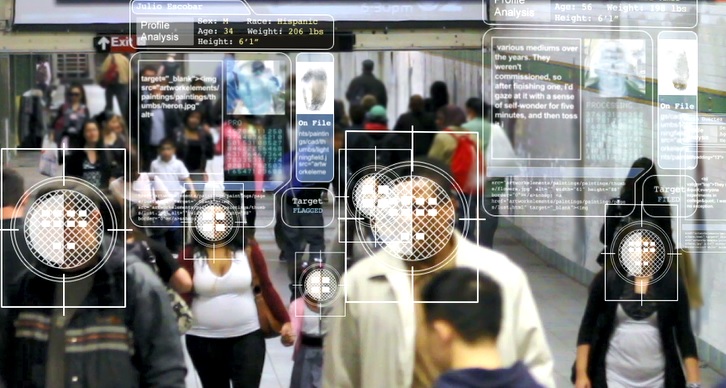 The General Data Protection Regulation (GDPR) was the first formal “shot across the bow” relating to consumer digital privacy. This law was brought forward by the European Union in 2016 and takes very specific steps to protect citizens in Europe from the malicious collection, analysis and use of consumer data. The law impacts not only people living in Europe but anyone doing business with someone in the European Union. It is important to note that this regulation examines not only traditional data found in information systems, but also new forms of data such as human biometric information collected via video cameras and analyzed by facial recognition software.

Recently, the issue of privacy has gone to a new level, especially in California. The California Consumer Privacy Act (CCPA), which went into effect in January 2020, shines an even brighter light on the rising importance of the topic. As the first major legislation by a state, many industry observers believe that California will set the stage and pace for the future privacy discussion in the United States. Privacy was also a central theme at the recent Consumer Electronics show, given the increased number of connected consumer products. The fact that this topic was recognized at one of the world’s largest consumer electronics showcases is yet another indication that privacy is a becoming a priority in consumer consciousness.

Privacy is a complex subject, especially considering how fast technology is changing and the different geopolitical positions that exist around the world. These positions range from no digital privacy in China, which has an aggressive, comprehensive data collection program, to San Francisco, a city that recently banned the use of facial recognition technologies by its police department.

We have been writing about privacy and the built environment for over 10 years and have hosted informative breakout sessions at the annual Realcomm | IBcon events since 2017; we have seen the momentum and interest grow each year. The arrival of the truly 'connected building' expanded the conversation. For almost 20 years, we have been discussing and debating the idea of connecting every electromechanical device onto a base building network that is IP-centric and ultimately connected to the cloud. This hyper-connectivity results in extraordinary management of energy, increased efficiency in operations, meeting sustainability objectives, new and enhanced occupant experiences and increased financial optimization of the asset. However, it opens a multitude of questions and issues concerning privacy.

A simple example of this connectivity would be a new light fixture in a boardroom, equipped with a microphone to enable voice control of the device (think Alexa or Siri "lights on"), connected to the network for data analysis and control. Now imagine a breach of this microphone during an important board meeting, revealing confidential information to the intruder. Further, imagine a microphone, camera and/or sensor being present in every light fixture throughout the building, as well as every computer, photocopier, thermostat, door lock and other building systems. Then add to this scenario: a gigantic data depository with AI and machine learning working at the edge and a data warehouse - and the potential for misconduct grows. Given the amount of time most working adults spend inside office buildings, the opportunity for a massive surveillance state becomes a possible outcome.

This Orwellian nightmare is not only found in an episode of Netflix's Black Mirror but is being built in China as we speak. The combination of the Chinese Social Credit Scoring system (which has been under development since 2009) and their massive video surveillance system (which is expected to reach over 600,000,000 cameras by 2020) demonstrates a level of system integration, connectivity, data collection, analysis and action never before seen in the history of the world.

In this dystopian system based on real-time collection of data, possibilities include:

In one extreme case, individuals are required to walk through facial recognition scanners to enter a market. The question for building owners in China is whether or not this surveillance state will continue inside the building. Tencent, a major tech firm in China, uses facial recognition for employees to access an elevator and pay for lunch. Is this data connected to the countrywide system? Are foreign building owners required to share data? There are no easy answers to these questions.

Privacy could turn out to be one of the most important digital issues for 2020 and the future. As technology capabilities continue to grow as demonstrated by what we see in China today, there are many questions that arise from this growing level of hyper-connectivity:

(2) Will this hyper-connectivity and potential for surveillance and behavioral modification be accepted by the masses in places such as China?

(3) What role will building owners play in this discussion in democratic and communist societies?

(4) How can we design systems that provide for the extraordinary benefits the technology has to offer while still respecting and protecting privacy?

(5) Finally, will privacy in a building be offered as an amenity in the near future?

This discussion will no doubt continue to evolve and develop in complexity over the next several years. To keep our community educated and aware, we are developing multiple sessions on cyber, privacy and ChinaTech for Realcomm | IBcon in Miami this June.

This is not a topic that can be avoided; it will require a great degree of conversation and debate by everyone involved with buildings. Given the speed at which it is developing in China, we cannot delay.

Fiplex Communications is a worldwide recognized designer and manufacturer of highly innovative telecommunication products made in the USA that are focused on providing code-compliant solutions for public-safety and mission-critical applications.