Prologis Just Built the Warehouse of the Future 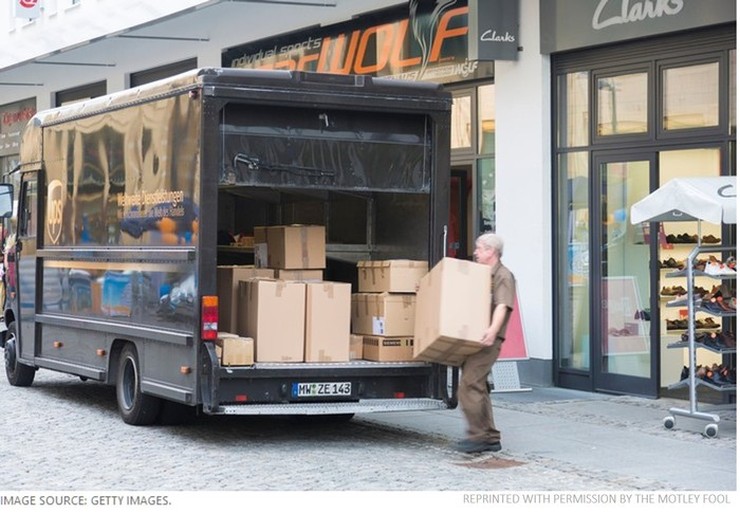 Real estate investment trust (REIT) Prologis (NYSE:PLD) owns warehouses. If you aren't familiar with the industry, that might sound pretty boring, but it's anything but. In fact, the growth in online shopping has turned warehouses into a hot commodity.

The thing is, owning big empty boxes isn't the wave of the future, and that's why Prologis, long a leader in the warehouse sector, has built what you might call the warehouse of the future in Seattle. Here's why this project is important to Prologis, the warehouse industry, and the growth of e-commerce - and why you should take the opportunity here with a grain of salt.

The point of a warehouse

Simply put, a warehouse is nothing more than a place to store lots of stuff before it gets sent on to customers. These buildings are a vital link in the supply chain that allow companies to properly serve their end markets, both individual customers and businesses. Although simplistically speaking they are just large structures with ample interior space, there is a lot more going on here than meets the eye.

For example, one of the key strengths at Prologis is its global diversification. It has around 3,800 assets spread across 19 countries serving more than 5,000 customers. Thus, the company can serve one customer's needs in multiple areas around the world. Moreover, it is focused on the highest-demand markets, where supply is typically constrained. Rent growth in such markets, as you might expect, tends to be on the high side relative to markets that have ample supply. The REIT expects factors like these to support funds from operations growth of 8% to 9% a year through 2022. As Prologis looks to support that future, it is hoping to exploit what the company calls "last touch" assets.

A "last touch" property is basically one in a densely populated area that facilitates rapid delivery. Such properties support Amazon's aggressive push for speed (two-day and same-day delivery), which its peers have had little choice but to emulate. A leader in the warehouse space, Prologis is one of the biggest players in the "last touch" market.

The warehouse of the future?

Delivering a product within one day means that the product has to be located very close to a customer. In large population centers, where the most concentrated demand is going to be, it can be hard to find affordable property for any type of building, let alone a big box to store stuff. This is problem number one.

However, once you've actually identified a location, you come upon problem number two - the old warehouse model doesn't work so well in densely populated areas. The typical warehouse is a massive one-level structure with a huge array of shipping docks and parking areas. That's just not practical in a city.

That's why Prologis' Georgetown Crossroads asset in Seattle is so interesting and, perhaps, revolutionary. Located just outside downtown Seattle, one of the largest cities in the United States, this warehouse breaks the domestic mold. For example, the REIT claims that the asset is within five minutes of Seattle and 15 minutes of nearby Bellevue. It is near three major highways and five minutes from a local port. It's also near two airports and major ground transportation hubs. So the location is great, but the big difference here is that Georgetown Crossroads is a three-story structure.

Arguably, with great locations hard to find in space-constrained markets, the only option for expansion is to build up. Levels one and two at the property are both typical warehouse structures, only they are built on top of each other. That allows Prologis to materially increase the square footage of the facility without expanding the footprint. The third floor adds space that can be used for offices or light industrial work and is easily accessible from the lower levels via elevators and a small loading area. The building is basically two warehouses on top of each other and then topped off with an office/industrial building on the roof.

To be fair, this isn't a first-of-its-kind asset. Countries like Japan and Singapore have had multilevel warehouse properties for years. But Prologis' Georgetown facility is the first of its kind in the United States. If the asset performs as Prologis expects, there will likely be more such buildings in the future for the company and, perhaps, for the entire warehouse industry. On that score, Amazon has reportedly agreed to lease out 500,000 square feet, with Home Depot taking nearly 100,000 square feet, which would mean that the nearly 600,000-square-foot facility is already fully occupied.

So far this looks like a win for Prologis. But there are risks to consider. For example, property prices in dense cities tend to be high. That increases the cost of a project. Building a multistory warehouse is logistically more difficult than building a single-story structure. That increases costs on both the construction and design sides. To put some numbers on this, according to The Wall Street Journal, Prologis paid around $260 per square foot to build Georgetown Crossroads, versus costs of around $125 per square foot for more traditional single-story structures in the same general area.

Basically, rent will need to be relatively high compared to more traditional warehouse properties to support a building like this one. And that will put pressure on the profitability of Prologis' lessees. Realistically, there are only so many markets in the United States that can support such facilities, so the big-picture opportunity here may not be all that large. And, interestingly, some companies inside the shipping industry believe that being so close to an end market isn't actually that important.

For example, industry watcher FreightWaves reported in 2018 that an executive at shipping and logistics company C.H. Robinson Worldwide has suggested that the "last touch" idea is, in fact, overrated. According to this executive, fulfillment in such markets can be handled quickly enough out of more traditional warehouse facilities located an hour or two away. Truthfully, that just sounds like common sense and a far more cost-effective way to operate. This view hints that there may be just a small number of customers willing to spend the money to occupy a multilevel "last touch" asset like Georgetown.

Prologis seems to have scored a big win with its three-story warehouse in Seattle. That said, investors should keep a close eye on what happens from here at the REIT and within the warehouse industry. Prologis is planning to focus heavily on the "last touch" niche, and it wouldn't be surprising to see more multilevel warehouses in its future. The problem is finding the right markets where the costs are worthwhile for Prologis and its customers. That may not be as easy as it sounds. And if other warehouse owners jump into the multilevel warehouse space, too, it could even put downward pressure on rents for these types of assets. Although this is just one piece of a much bigger puzzle, Prologis shareholders should monitor the Georgetown property and ensure that the REIT doesn't push the multistory warehouse idea too far as it looks to capitalize on the still emerging "last touch" concept.

NOTE: This article was reprinted in full with permission from The Motley Fool, January 2020.

Angus Systems is a leading provider of customer driven mobile and cloud-based work order and operations management solutions for commercial real estate. Our software supports over 2 billion square feet across North America in buildings from 20,000 to portfolios of more than 100 million square feet. Visit www.angus-systems.com to learn how we help our clients shine. 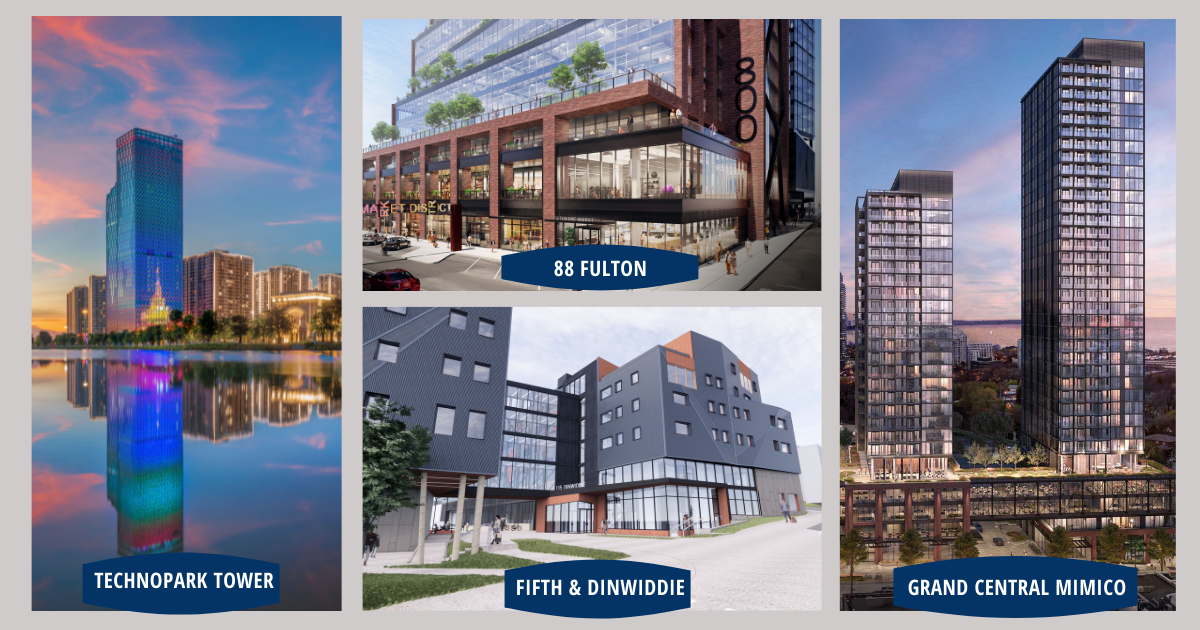 10/7/2021
Global Smart Buildings and Districts Inspire Innovation We are fortunate to be alive at a time when technology is enabling some of humanity’s wildest dreams. (Commercial space travel, anyone?) It’s also inspiring to see the great innovative work being done by the best and brightest in the building industry. 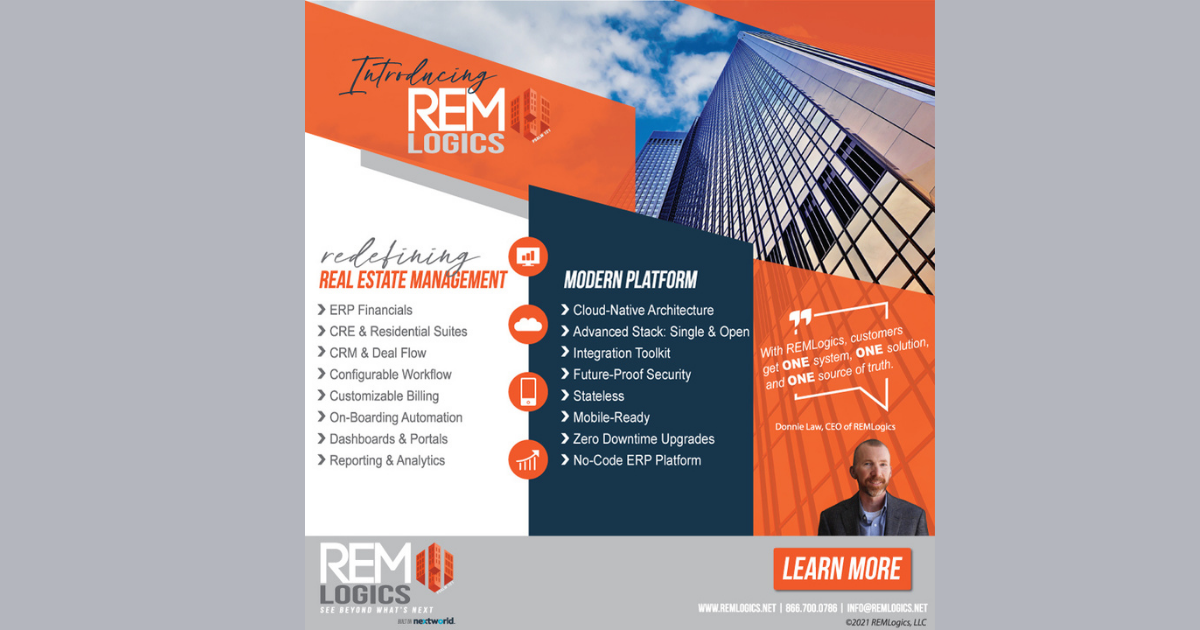 10/7/2021
Revisit Your Technology Architecture Digital transformation has been a buzzword since the mid-2000s. It was primarily lip service and a concept that was included in future roadmaps but not next year's budgets. The pandemic rocked the world and changed everything. There is now no such thing as "business as usual."