Realcomm Market Comparison: Update from Down Under 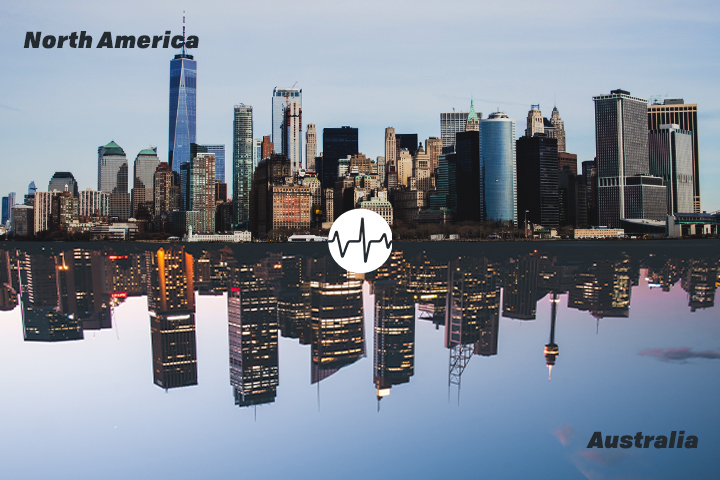 Over the past five years I have been attending the Realcomm conferences and built an understanding of key differences between the North American and Australian property markets.

The aim of this article is to compare various aspects of the property technology space between North America and Australia. I hope that this will help people in each country who are looking for inspiration for improving technology adoption; we all know that we are the worst industry in terms of our tech adoption.

I will contrast my observations between the general industry and the leaders in each region. Full disclaimer: this is based on my experience and opinions and is anecdotal evidence only.

Market Differences
Before we get into the tech, there are some important differences in the property market in each region that I break down into three areas:
Infrastructure
I’ll break the building technology infrastructure down into four categories:
Automation
A significant degree of pneumatic building automation still exists in the North American market. This was one of the most surprising discoveries about North America compared to the Australian market. Pneumatics are incredibly rare in Australia.

The obvious explanation is a combination of the deferred capital cycle and contrasting investment strategies. However, it could also reflect some other barrier in being able to articulate or deliver the value proposition in upgrading from pneumatics to DDC (Direct Digital Controls).

The general population in Australia adopts modern building automation to a much higher degree than North America, but the leading edge of the markets are equivalent.

Security
A visible difference is around security. Five years ago, there was already a high degree of focus around security in North America, yet this was only on the agenda for Australian companies around their IT, not their OT. This is despite a relatively high-profile exploit of the BMS in Google’s Sydney building.(2) This is now something that is on the agenda in Australia, but the leading edge of the North American property industry is more mature.

Network Convergence
This comes down to a difference in the attitudes in the leading edge of the market;, there is no meaningful difference in the adoption of OT network convergence in the general market, but a significant difference in adoption in the leading edge. I have seen relatively new, “feature rich” (aka smart) buildings be delivered in Australia without converged networks (despite having these specified in the design, in some cases) whereas I have seen many examples of network convergence in new builds in North America as well as retro-fit programs for existing buildings. These retrofits have not penetrated into the Australian market yet, which is a huge opportunity, but I believe that there is a capability gap in the market for delivery and operation.

Organisational
Amongst the leading edge, both markets have now established that the CTO role has influence over OT standards, even if OT decisions are still largely owned by Facilities/Operations (which is probably sensible).

In Australia we have seen that the various major REITs in the market have now established a “Head of Building Technology” role that owns OT standards and leads the engagement with IT. I haven’t seen this role to the same degree in the North American market.

Applications
Here are some comparisons of different technology applications that are utilised in the respective markets:

Remote Monitoring/Analytics
Due to the prevalence of NABERS in the Australian market, there has been a reasonable degree of adoption of first-generation remote energy monitoring solutions being provided (especially in the office sector). These solutions are generally being migrated to analytics-based solutions at the moment with most major REITs having significant degree of adoption of analytics across their portfolios. Supermarkets and casinos are also deploying these solutions.

Another key driver in Australia is the use of analytics solutions as part of the warranty management process for new developments. Many REITs specify analytics as part of their development brief, having recognised that this is the most valuable time in a building’s lifecycle to deploy these solutions.

In North America, the adoption rate of these technologies seems to be driven significantly by state-based utility incentives for efficiency projects. In a lot of cases, the remote monitoring solutions are used primarily for M&V of an energy efficiency project and may not be converted into ongoing solutions. However, there are some notable long-term, large-scale analytics solutions.

I rate the Australian REITs as adopting higher than the North American REITs, but the corporate (occupier and owner/occupier) real estate market in North America is the leader.

System Convergence
I have seen several new developments in Australia that by all rights should have converged networks. Likewise, I have seen several brand new developments in North America that should have more integrated systems. As I mentioned earlier, there has been an attitude in North America that you can’t converge the systems without having converged networks. There are certainly ways to interface these different systems without them running on the same network infrastructure.

Australia saw a lot of activity three to five years ago in retro-fitting converged systems into buildings, but some of those projects were not successful—and this seems to now be left to new developments.

Summary
Contrasting the two markets, I believe that North America is doing better in technology infrastructure, but Australia is doing better in applications. I believe that each country has a lot to learn from each other in the future.
References:
(1) The LEED rating system is structured around implementing various sustainability initiatives, each initiative (feature) then rewards a number of credit points. The total number of credit points determine your rating. NABERS is performance based, you take your last 12 months energy bills and some supporting data (to normalise for operating hours, occupied area etc) and the normalised emissions per m2 gives your rating. You have to re-certify every year.
(2) www.wired.com/2013/05/googles-control-system-hacked/

MEET OUR 2019 ADVISORY COUNCIL
CoRE Tech revolves around provocative, innovative visionaries. The Advisory Council is a distinguished group of Corporate Real Estate and Facilities professionals committed to furthering the adoption of technology, automation and innovation in the industry. They provide leadership and insight that shapes CoRE Tech learning content and helps identify topics, strategies and solutions to improve the management of corporate real estate assets and operations. The 2019 Advisory Council is led by three co-chairs who are pinnacle industry thought leaders.

The next generation of wireless – 5G, CBRS, Wi-Fi 6 and BLE (Bluetooth Low Energy) – is on the horizon. Increased speeds, low latency, and reduced congestion on mobile networks will revolutionize the way we use an ever-increasing number of IoT devices and design in-building communication infrastructures. 5G and CBRS are technologies providing cellular service, WI-FI 6 is a short-range wireless access technology, and BLE is a wireless personal area network designed especially for short-range communication – all technologies are complementary and will each support different use cases in the built environment. This webinar will provide an overview of the different technologies and discuss how they will work together to provide enhanced mobility, capacity and data rates. First generation use cases in the real estate industry will be presented. 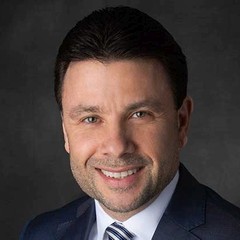 Nicholas Stello is the SVP of IT Infrastructure for New-York based Vornado Realty Trust. His responsibilities include leading the company's IT initiatives as they relate to in-building cellular, networking, cyber security and smart building connectivity. Vornado’s unique assets have enabled Mr. Stello to both differentiate and increase the value of its properties by structuring innovative agreements with national cellular carriers and other related technology providers. 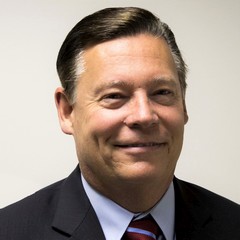 Jeff Hipchen RF Connect
Jeff Hipchen EVP Jeff Hipchen is EVP of RF Connect where he oversees marketing, sales and services. He also serves as President of the Safer Buildings Coalition, an in

Jeff Hipchen is EVP of RF Connect where he oversees marketing, sales and services. He also serves as President of the Safer Buildings Coalition, an industry group focused on indoor public-safety communications. Prior to RF Connect, Jeff founded Digital Data Solutions, Inc., a Midwest Voice and Data Network solutions provider. Jeff has previously been an advisor to several start-up companies, assisting them with the development of their business plans, funding and sales execution.

Dick Sherwin Spot On Networks
Dick Sherwin CEO Richard J. (“Dick”) Sherwin has been involved in wireless communications and radio frequency transmission for the past 30 years. Together with a numb 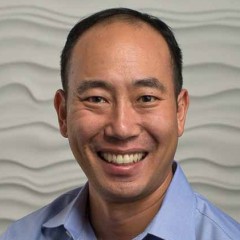 Alan Ni is the Director of Smart Spaces and IoT for Aruba, a Hewlett Packard Enterprise company, with over 15 years of technology and financial expertise with mobile computing. Alan’s team is responsible for developing Aruba’s Smart Spaces and digital workplace strategy. 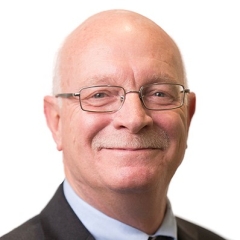 John Dulin is a 30-year global telecom and enterprise executive and has held senior positions in product management, marketing and sales in the areas of fiber optics, wireless and new technology development. Currently with Corning, John is focused on introducing its fiber optic and wireless innovations to the commercial real estate market. 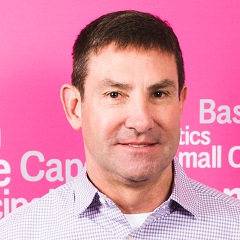 Luke Lucas manages the Build Your Own Coverage (BYOC) program for T-Mobile USA. His focus is on enterprise and in-building coverage, furthering the role of wireless in buildings as a 5th utility-like service. In his role, Luke is involved with smart building and smart city technologies, 5G wireless and the relationship between enterprises installing infrastructure and the connection to T-Mobile signal source and backhaul. 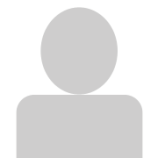 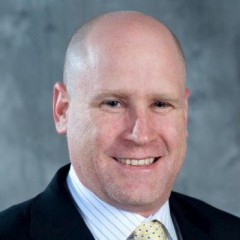 Jon Morris is a 20-year veteran of the telecommunications and wireless industry with deep experience explaining technology and contracting for, developing, and managing wireless real estate. He is currently CEO of Fifth Utility Solutions, an organization that provides advisory and consulting services to the wireless and telecommunications industry.

Singapore Changi Airport: The Destination Location within a Smart City This is 2020! Accelerated Innovation – The World is Changing Faster Than You Think! Prologis Just Built the Warehouse of the Future